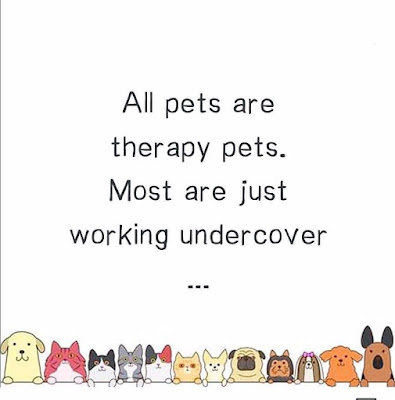 No hooking has been happening, but I did manage to finish the little Rebekah L. Smith stitching small started in a mini class with her.  I only used one color of floss throughout instead of her normal three. 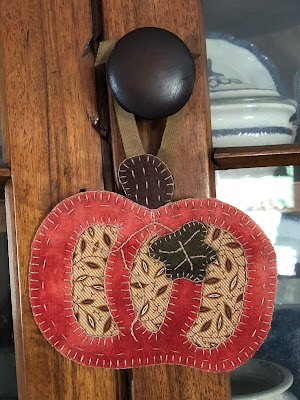 I added a cotton twill tape hangar.  The back is a piece of black felt that came in the little kit.  Tomorrow it will be gifted to my brother's DSO. 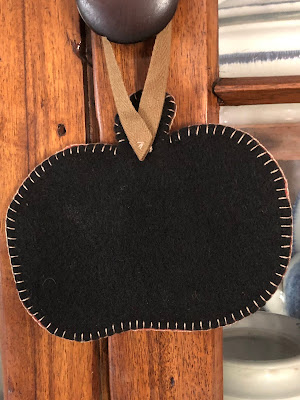 Do you ready Merry Wind Farm's blog?  Melinda just released four new cross stitch charts.  The really cool part?  Three of them (second, third and fourth) were charted from antique samplers I own.  I just think that is really neat :)

I previously posted this picture from the Ft. Laurens hook in.  I received a comment from Pat who wrote, "The pattern for the witch rug in the picture and be found in either "Purely Primitive" or "Simply Primitive" by Pat Cross."  Me thinks that is Pat Cross who left the comment, but she is a no reply-comment blogger so I can't thank her personally for her visit. 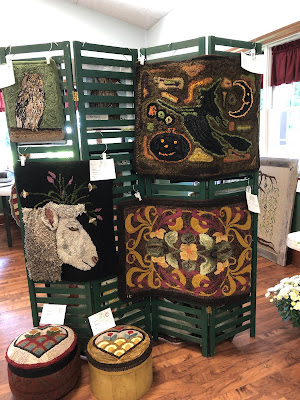 Thanks so much for stopping by.
Pug hugs :)
Lauren
Posted by Rugs and Pugs at 2:52 PM

I love them all but the first one touched my heart, we will be having a guide dog join our family by spring and I’m very excited!

I have all of Rebekah Smith stitching smalls. I finished the one you did just before vacation.

I thought it looked wonderfully familiar, thanks for giving us that info.

When I saw that pattern, I thought I had that book, now I know for sure. I love your little Rebekah Smith wool project you made. It turned out so nice. How cool you have those samplers. I will go check out the new patterns.

that pumpkin is so sweet. I looked at the new samplers I haven't stitched for years so not sure I would be able to do it.
love the witch rug.
Cathy

Your little stitched pumpkin turned out nicely. The samplers are all so lovely. Young girls passed their spare time being productive with stitching. A lovely legacy to leave to their families.
Hugs, Julia

Your stitching is so neat and looks perfectly spaced on the back. Love that piece. I did not know Melinda's repros were from your antique samplers, didn't even know you had that many.

What a wonderful gift that will be! Janice

Love the “therapy pet” quote. I didn’t know that you collected antique samplers as weather as stitching them!! Enjoyed my visit to Merry Wind Farm. Sweet little pumpkin, luck recipient.

Very very cool that your antiques have been reproduced! Love your finish!

Hi Lauren,
Playing "catch up" with my blog list and am so happy I was able to read about your samplers and Melinda reproducing them!! How cool is that?????? She does such lovely work!!! Your little RLS piece is adorable and will certainly be most welcomed, too!! Hope you have a wonderful week, my friend!!
Heart Hugs~
Julie xo 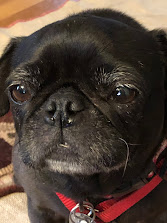