Loocie and I spent part of the day at the Akron, Ohio adoptathon working at the Ohio Pug Rescue booth. It was a beautiful day, although a little warm for the pugs. The pugs really know how to work the crowd and hopefully some of the interested people will fill out an application and adopt one of the little darlings now in foster care. As usual, I forgot to take many pictures, but did get this one of our booth. 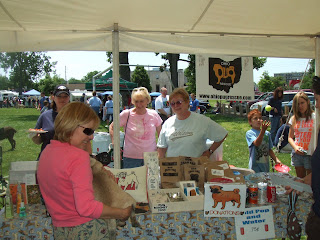 This is a picture of Vito. Isn't he one handsome boy? He was a rescue pug who was adopted and is now being spoiled rotten. Don't you just love a happy ending? 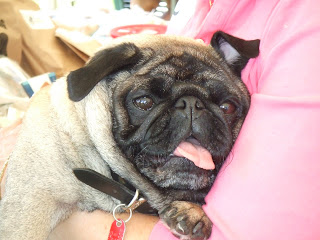 This is a recent picture of my Loocie. She looks so serious. She is not quite four years and has gotten so gray. I guess she's taking after her momma...lol! 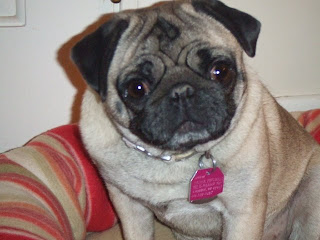 The midgies, those annoying little creatures I told you about in an earlier post, are still around and worse than ever. The joys of living near the lake. I did manage to get the grass cut, but working in the flower gardens is impossible. Maybe tomorrow...?

Thanks for stopping by.