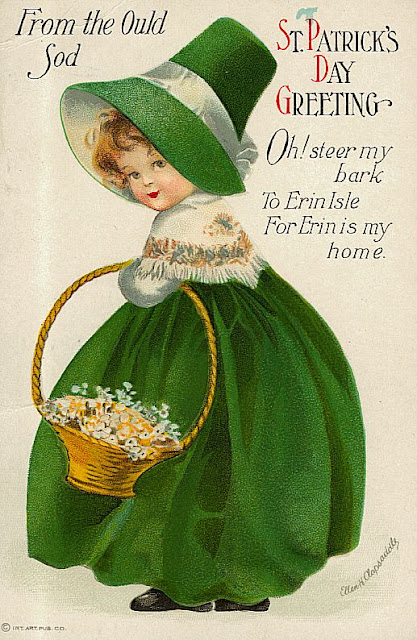 I'm almost ready for tomorrow's class with Annette Shaffer.  The buttons are sewn on the funky chicken.   I can't believe how long it took me.  All I have left to do it braid her legs and tomorrow she will be mounted on an old bed spring.﻿ 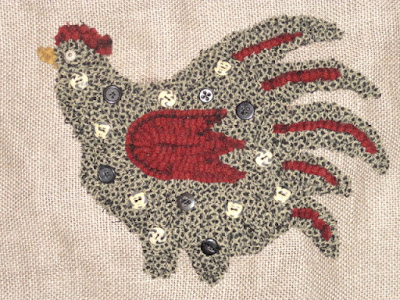 Aren't these buttons fun?  I love the face button on the left.﻿

If there is time to work on a second project, this bunny will also be mounted on a bedspring.  Wow, in looking at the picture, the nose seems so not right, but nothing I can do about it now because the back has been glued to prevent fraying when it is cut out.﻿ 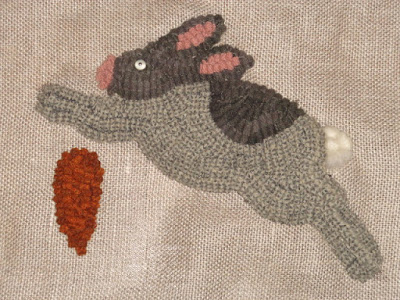 Even though a Cabela's is opening this summer just 20 minutes from us, DSO and I headed two hours to Michigan to take my grandson Jake.  I believe it is the largest store they have. and it is quite impressive.  Jake was excited because he had never been to Michigan.  He was disappointed when he found out we were not staying overnight.﻿ 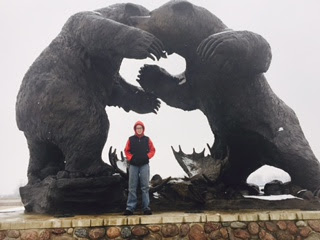 He definitely was impressed with all the taxidermied animals. 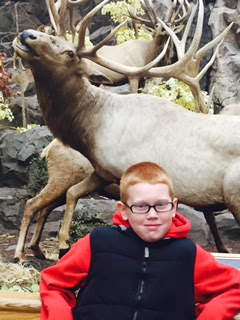 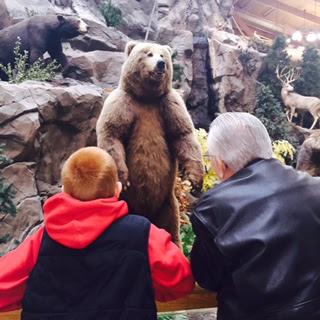 He was hoping to get a camouflage jacket and the one he wanted to try on was $199.00.  We were both shocked to say the least and that was the end of his hunt for a camo item . . . lol.
Thanks so much for stopping by.
Pug hugs :)
Lauren﻿
Posted by Rugs and Pugs at 7:50 PM

We don't have a Cabela's here, I wish we did. I know they have one close to my daughter's in Arizona, I would love to take my grands there. What a cool place.
I love your chicken. I think your bunny is too, I can't wait to see them on their springs. I hope you have a safe trip. I like Michigan too.

Enjoy your class and please share pic's of your finished projects.

Love how the chicken came out, will look wonderful on a spring. If Jake wants camo, an army surplus might have them cheaper, lol.

I agree with Debbie and I'll bet even Walmart or lesser expensive retail stores may have them.

$199 for a camouflage kid jacket is unbelievable. I'm sure you can find one much cheaper than that.
What a neat place to bring a young boy.
Hugs,
JB

Afternoon, love the hooked bunny, so darn adorable!!!! As is the chickie. Blessings Francine.

My mother in law Alice is 99 and her mom was a taxidermist. When Alice's Dad died her mom took over. Alice can remember her first toy being a stuffed squirrel.

Thanks so much for your informative writing. When you are considering Buying Rugs Online or from a mat shop, odds are you are feeling a little overpowered by the greater part of the decisions, carpets come in numerous sizes, hues with various sorts of strands in addition to the diverse ways they are made, these are a percentage of the things you have to consider preceding buying your floor mats.
Get 30%-70% Discount from FZillion.com on all branded Rugs .